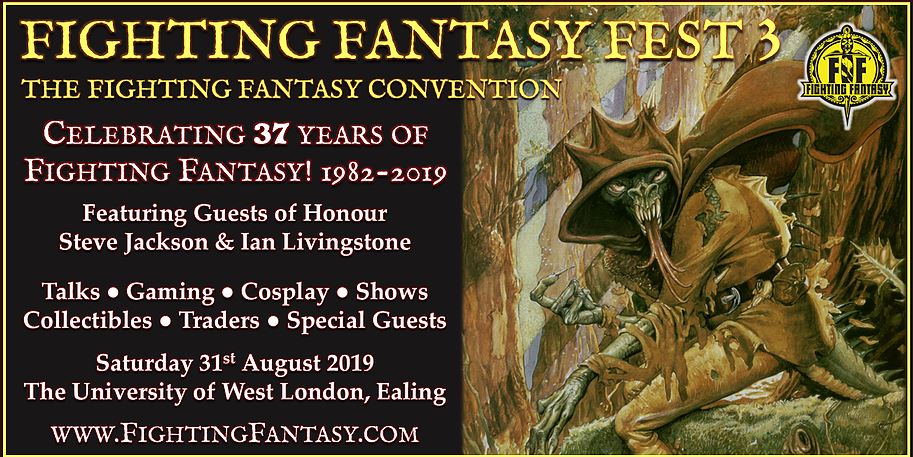 Fighting Fantasy Fest 3 celebrates the 1980’s gamebook phenomenon that was launched with the The Warlock of Firetop Mountain back in 1982.

The game book series founders Steve Jackson and Ian Livingstone will be guests of honour at this celebration of the single player RPG book.

So in addition to the expected talks, signings and trade stands what can you expect?

The World of Legend is returning to Fighting Fantasy Fest, and the team are bringing their interactive theatrical show Steve Jackson’s House of Hell LIVE with them.

2019 will see the release of an official range of Fighting Fantasy gaming miniatures produced by Atlantis Miniatures . The ranges official release will be at FF3!

Models to be released include fan favourite The Bloodbeast, Zagor himself,  warlord-wizard Balthus Dire and the knife-throwing Wheelies. These are just a few of the range of 22 FF Legends miniatures being released at Fighting Fantasy Fest 3.

Find Out More About Fighting Fantasy On the Official Website.