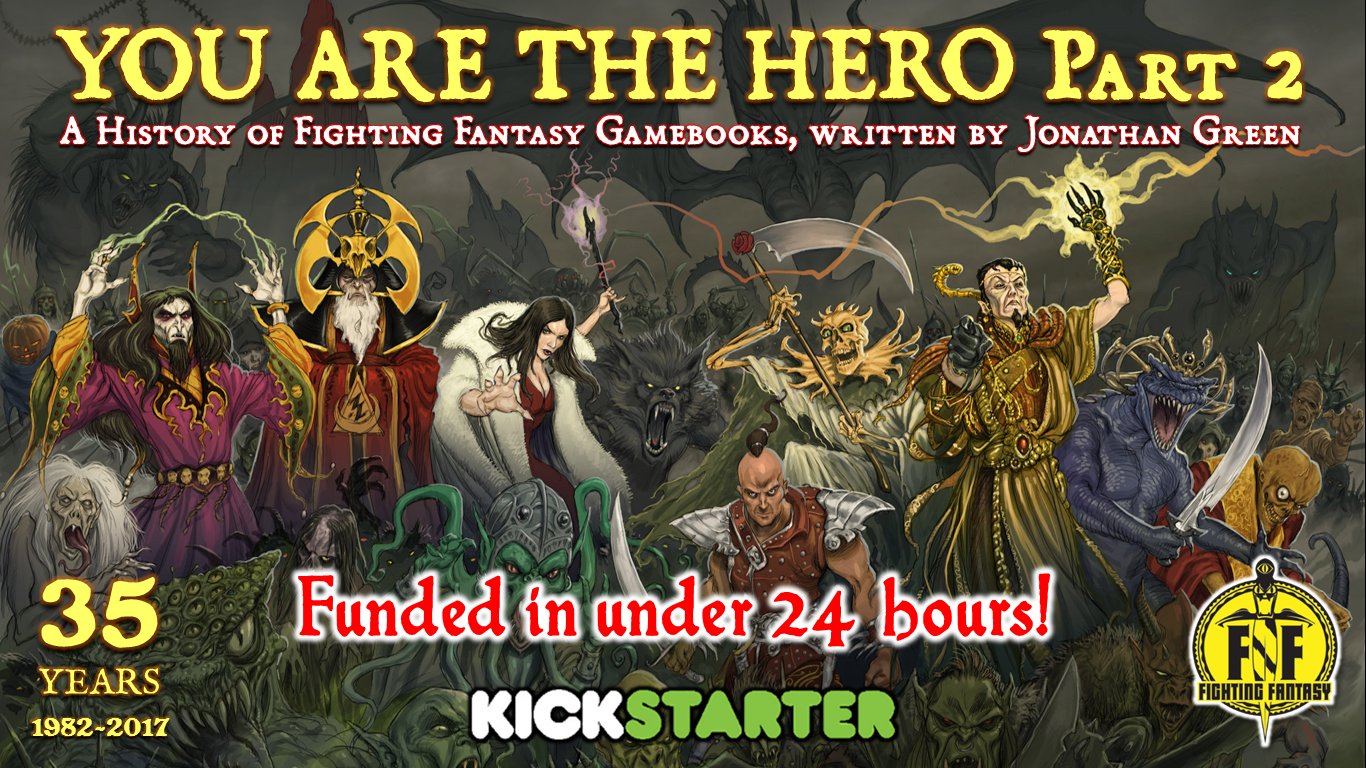 The follow up to Jonathan Green’s 2014 You Are The Hero has just completed funding on Kickstarter within 24 hours.

You Are The Hero celebrates the Fighting Fantasy game book and the culture around them. Approaching the 35th anniversary this new volume covers the more recent developments in the Fighting Fantasy brand. These include the Graphic Novel interpretations of Steve Jasckson’s Trolltooth Wars and Ian Livingstone’s Freeway Fighter (available from Forbidden Planet).

Another twelve chapters of new content planned and would like to be able to fill the book with as much original artwork from the series as possible. Legendary fantasy artist Chris Achilleos – who painted the covers of Out of the Pit, Titan – The Fighting Fantasy World, Space Assassin, Temple of Terror, Armies of Death, and the novel The Trolltooth Wars – has agreed to produce the cover art for YOU ARE THE HERO Part 2

You can check out other Fighting Fantasy titles on Amazon here.