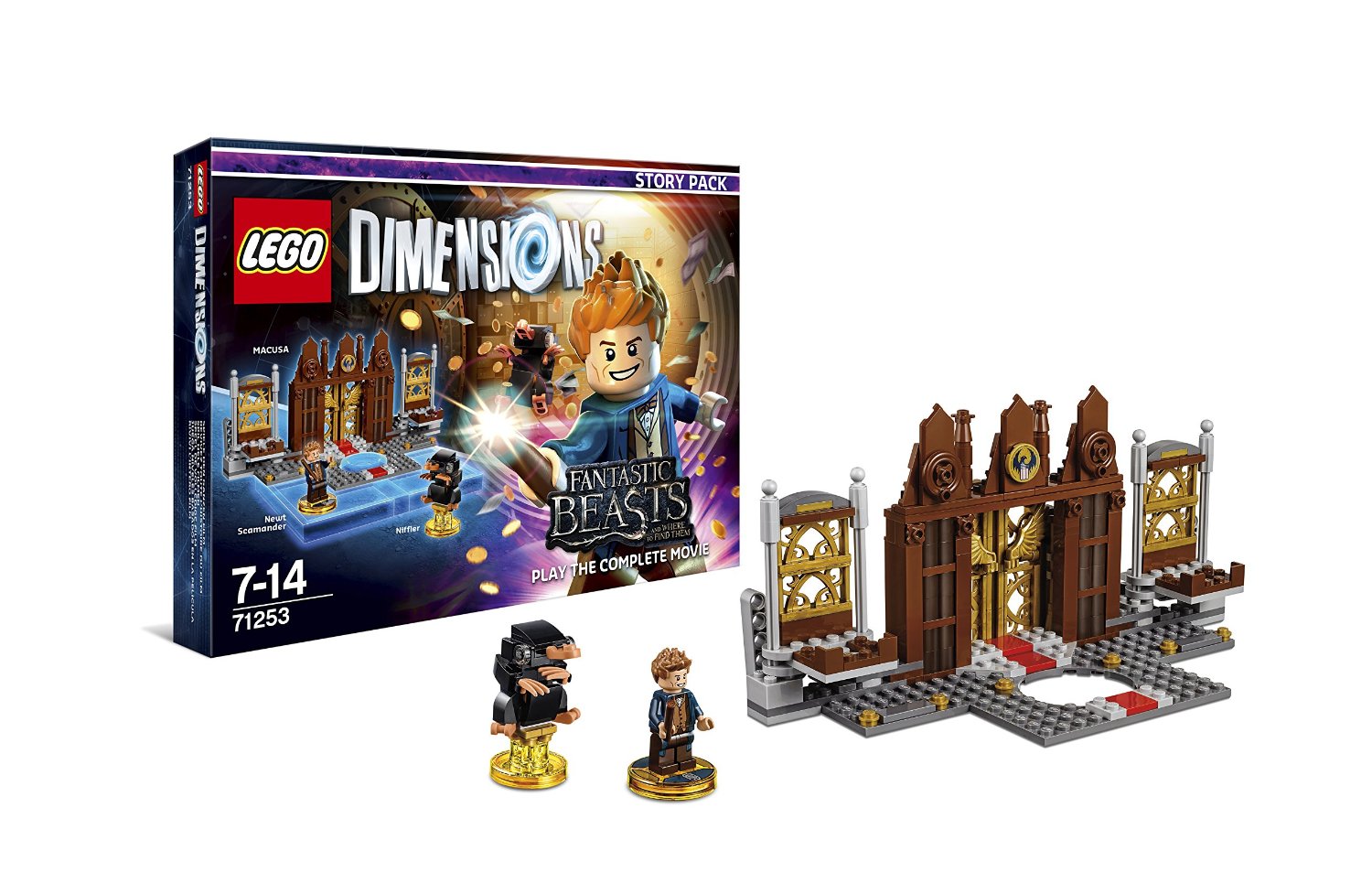 As you know Fantastic Beasts… (god that’s a lot to type) is the new story from the Wizarding World of Harry Potter, set pre Potter set in 1920s New York. It was always going to happen that the LEGO series takes on the Harry Potter spinoff, but this is a very welcome add on.

The FBAWTFT (or however you want to shorten it) LEGO Story Pack has a new Gateway, that can be used in place of that shipped with the original Dimensions core release.

Take your adventure into the wizarding world with the all-new Fantastic Beasts and Where to Find Them Story Pack! Play the complete movie and help Newt Scamander find his escaped magical creatures in New York City across 6 action-packed levels of gameplay. Use a variety of spells, including Diffindo, Reparo and Lumos, and interact with creatures like the Niffler, Swooping Evil, Bowtruckle and more. You can even build the Niffler and then rebuild it into the Sinister Scorpion and Vicious Vulture. Customize the LEGO Toy Pad with the MACUSA gateway build, and unlock the Fantastic Beasts and Where to Find Them Adventure World and Battle Arena.

Fantastic Beasts and Where To Find Them LEGO Dimensions Story Pack contains 6 levels, 2 miniatures and the new Gateway to build.

What is LEGO Dimensions?

When a mysterious and powerful vortex suddenly appears in various LEGO worlds, different characters from DC Comics, The Lord of the Rings and The LEGO Movie are swept away. To save their friends, Batman, Gandalf and Wyldstyle bravely jump into the vortex and quickly find themselves fighting to save all of LEGO humanity.

Let creativity be the guide to a building and gaming adventure – journey through unexpected worlds and team-up with unlikely allies on the quest to defeat the evil Lord Vortech. Play with different minifigures from different worlds together in one LEGO videogame, and use each other’s vehicles and gadgets in a way never before possible. LEGO Bad Cop driving the DeLorean Time Machine…why not?! The LEGO Ninjago Masters of Spinjitsu fighting alongside Wonder Woman…yes, please! Get ready to break the rules, because the only rule with LEGO Dimensions is that there are no rules.

Build the minifigure heroes and fire-up the game to start the experience, then follow the in-game build instructions to assemble the loose bricks into the LEGO Gateway, and place the structure on the LEGO Toy Pad. Expand the adventure by collecting more minifigures, vehicles, gadgets, and new levels with the purchase of three different types of expansion packs. Use whatever minifigure with whichever vehicle or gadget – go ahead… break the rules!

Fantastic Beasts and Where To Find Them LEGO Dimensions Story Pack include a buildable minifigure, rebuildable 3-in-1 Vehicle or Gadget, and a themed gateway build. Story Packs also unlock six levels of action-packed gameplay, introduce a new Toy Pad mode and grant access to the respective Adventure World and Battle Arena