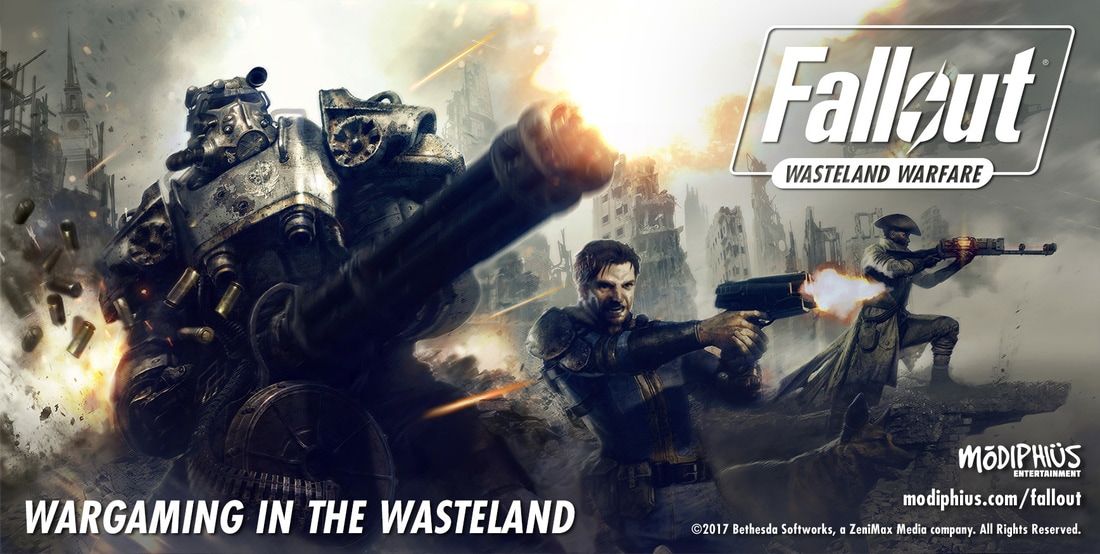 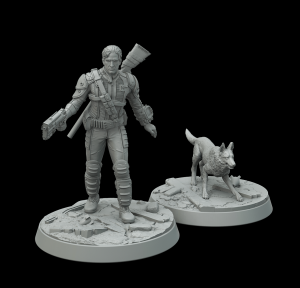 From Modiphius Entertainment the publisher of Tabletop Games based on Star Trek, Achtung! Cthulhu, Mutant Chronicles, Conan, Infinity and John Carter of Mars is thrilled to announce today that Fallout: Wasteland Warfare, the first tabletop miniatures game based on the Fallout universe, is currently in development and is set to release November 2017.

In Fallout: Wasteland Warfare, players will build their own crew from a wide range of factions, allies and iconic characters from the Fallout series, and play in apocalyptic table top Skirmish games with upto 30 high quality 32mm scale resin miniatures through a huge variety of iconic scenery and settlement buildings, from the Red Rocket to Sanctuary Hills, Nuka- Cola vending machines and wrecked vehicles. Settlements will include buildings, defenses and resources that impact the crew’s army list and abilities in the wasteland. 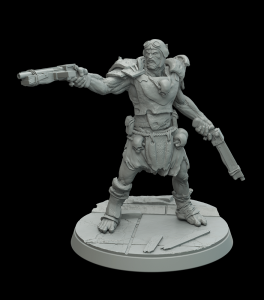 Fallout: Wasteland Warfare will include an entire narrative campaign arc as well as unique random missions with narrative-style objectives, and Crew Caps recovered in missions can be used to improve the crew’s perks, weapons, gear, and upgrades for the next encounter. In either Player vs. Player, or Tournament mode, players will try to survive the tabletop wasteland.

The game will also come with a customizable solo-play AI deck to control enemies that play to their strengths and replicate a faction’s tactics while attempting a narrative mission or perfecting settlement-building strategy. Players can also team up with a friend to defend a larger settlement or explore narrative missions in cooperative games against AI forces or the post-apocalyptic dangers of the wasteland. 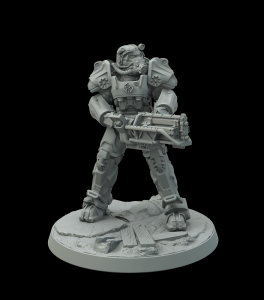 “Like many I’ve been experiencing the wasteland for years through the different Fallout video games and always wanted to recreate the skirmishes and bigger battles on the tabletop,” says Chris Birch, publisher, Modiphius Entertainment.

Organized Play packs will be available at launch to retail stores, organizers and gaming groups.

Fallout: Wasteland Warfare will be available for pre-order in the summer.