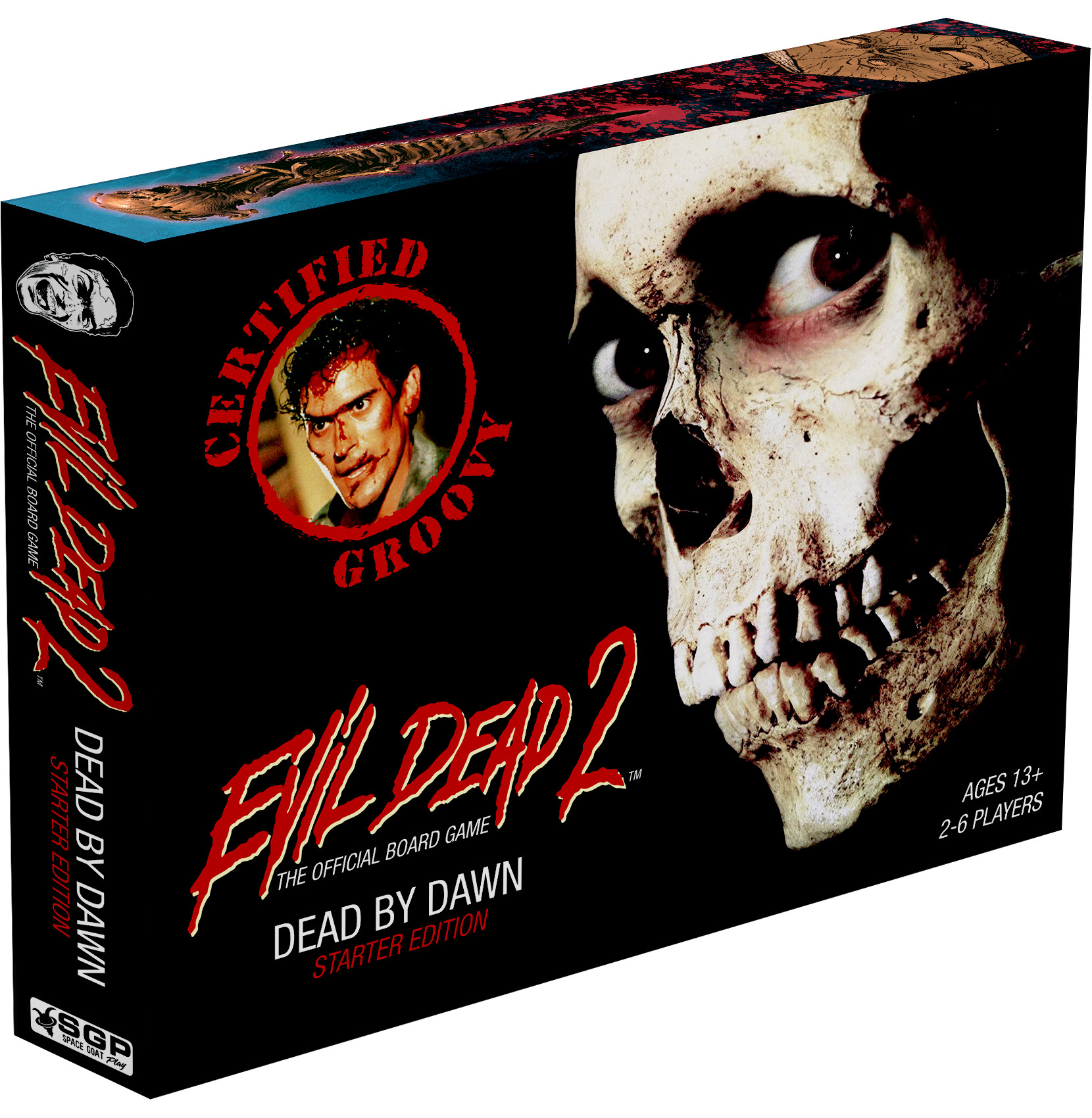 Originally launched on Kickstarter the Evil Dead 2: The Official Board Game is a tile and miniature based survival horror game for 2-6 Players based on the classic movie.

When it originally launched over a year ago now Spacegoat, the designers of The Evil Dead 2 Board Game had the stupidly ambitious fulfilment date of November – mere months after the campaign’s launched. I always took this with a pinch of salt as this was their first Board Game and veterans like CMON usually allow 12 months plus for fulfilment of a game. But yes I have been getting quite impatient over the last few months and really want to get this on the table and get it played.

Well it was great to see that Space Goat now finally have the miniature samples back from the manufacturer and it is really that one step closer to being a real thing. I would love to see this in my house before Christmas, but this may or may not happen, we will have to see.

What is good for those who missed the original Kickstarter is that you can still preorder from the Space Goat website (MerchGoat) until Halloween 2017 at the amazingly low price of $59.99 but you have missed out on the Kickstarter exclusive bits and pieces that I will hopefully be getting before the end of this year now.

Anyway please see the miniature sample images below originally from the Kickstarter update. I am drooling already and so cannot wait to get mu grubby little hands on them.