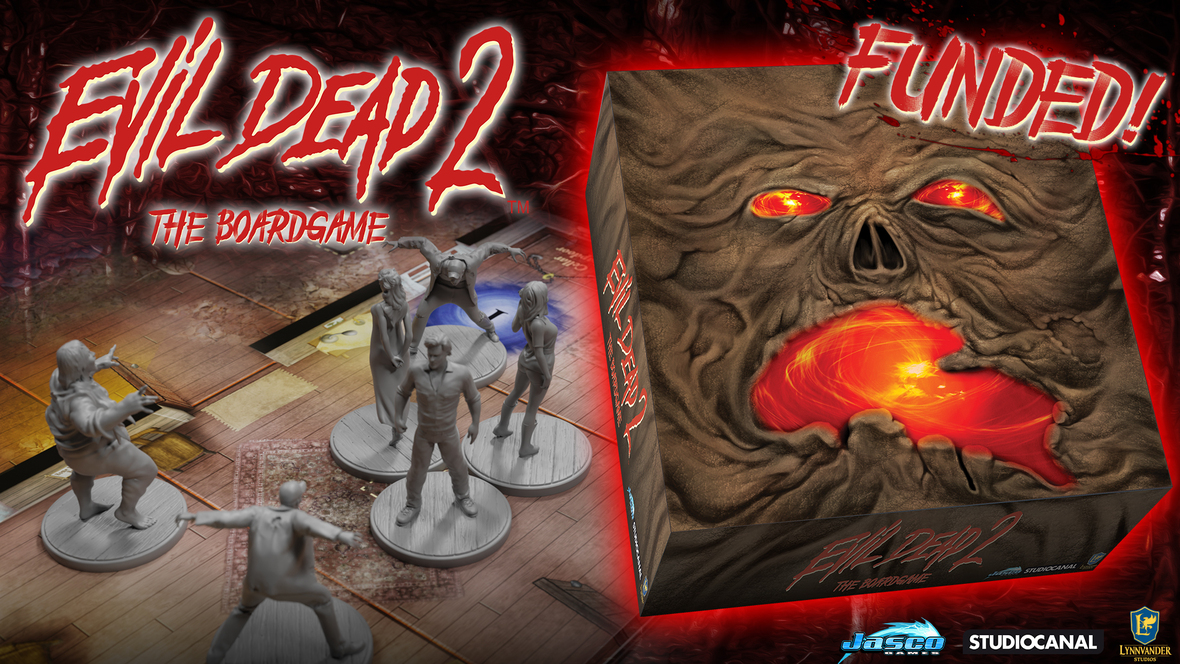 A few years ago I was writing about the Evil Dead 2 Board Game. I was so excited about this. I backed the deluxe edition and waited patiently.

Sadly despite exceeding the kickstarters campaign funding target and subsequent rounds of fund raising through an Indiegogo campaign and through their own pre orders system the Space Goat game was never to see light of day.  If you want to know more about what happened Bleeding Cool wrote an article about it a year or so ago. Or if you are really interested in what happened, and you have the time, you can read more about it in the original Kickstarter campaign comments.

So it looked like backers would never get their games.

But out of the blue games manufacturer Jasco seemed to have acquired the unreleased materials and were in a position to save the day for the original Kickstarter backers who had lost their money and had no game.

Last Saturday Jasco announced that the game was funded. 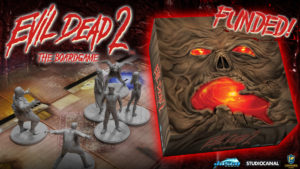 We did it! Funded with 4 Hours left to go!

Thank you to all of our backers and everyone that supported the project! We couldn’t have done this without you and we really appreciate all of the motivation you guys put into getting this funded. We will be posting an update soon to explain what comes next but for now we are happy to celebrate the funding of this project and that we raised all of the previous backers games from the dead!

(From the official Jasco email)

They JUST topped the $195,000 required in the last couple of hours of the campaign.

Now I just need to pay my postage and then fingers crossed I will FINALLY get my game in April 2020.