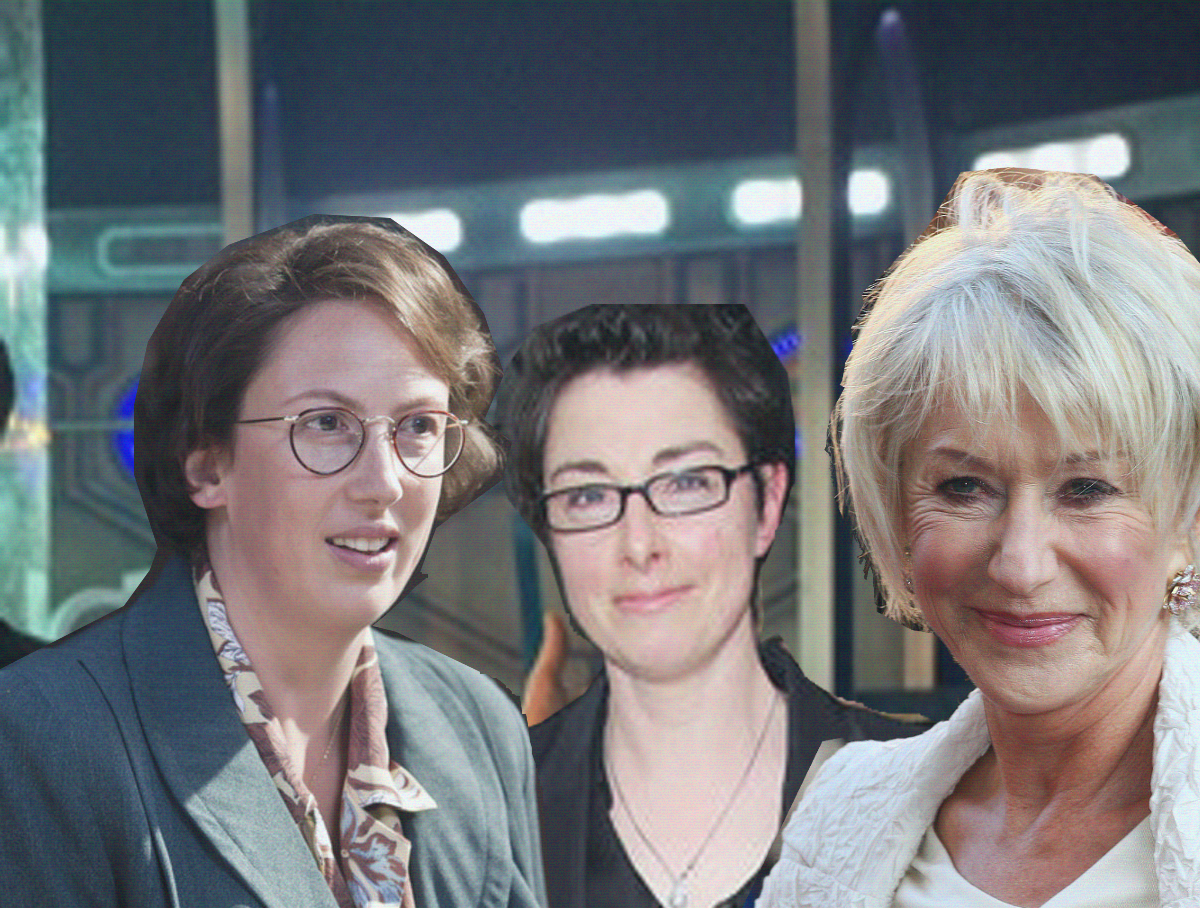 Following on from The Other 11 Doctors, a fantastic alternate history to Doctor Who, Alasdair Stuart looks back at the alternative 50th Anniversary, and forward to the latest incarnation

The Day of the Doctor

The 11th Doctor’s run finished, in many ways, twice. The departure of Rupert Grint and Karen Gillan as Andy and Rowena Pond, the 11th’s longest serving companions was viewed as a clear ending by some fans. However, the show continued, with a traumatised, bitter 11th Doctor hiding in Victorian London and refusing to engage with the world.

It was the introduction of Ralf Little as Carl Oswald, a bartender and society school master, that shook 11 out of her slump. Carl was pragmatic, calm and utterly unimpressed by 11’s increasingly theatrical antics. He was also familiar, Little having cameoed as Carl Oswin Oswald earlier in the season in ‘Asylum of the Daleks’. But how were the characters connected? And why were Carl Oswald’s last words ‘Run, you clever girl. And remember’? The ongoing questions, combined with a memorable cameo from Emma Thompson, marked the episode as a soft reboot of sorts. It was the first of two that year.

As the build up to the 50th Anniversary gathered pace, the mystery surrounding Carl Oswald deepened. All was revealed in the season finale,  which also marked the return of Emma Thompson as The Great Intelligence. The Great Intelligence planned to destroy the Doctor throughout time, reversing every one of her victories and sending her to her death over and over again. Leaping into the Doctor’s timeline at her grave on Trenzalore, the Intelligence spread throughout time and began hunting the Doctor.
Carl Oswald followed her.

At every turn, in every time, an aspect of Carl Oswald appeared and helped the Doctor save the day. He pointed her at the correct TARDIS the day she left Gallifrey, encountered the 11th Doctor in the Dalek Asylum, again in Victorian London and again during the events of ‘The Bells of St John’. The Impossible Boy, echoing down the Doctor’s timestream, saving her again and again.

The Doctor and Carl were reunited in the centre of the Doctor’s mind, a cavern where her other selves flitted past on their way to their own lives. One remained still, one that Carl didn’t recognize. The 11th Doctor explained that this was a woman who had done something so awful, she had forfeited the right to be called the Doctor. She turned in place and Carl, and the audience, were introduced to Dame Helen Mirren as The War Doctor for the first time.

‘The Day of the Doctor’, the 50th Anniversary special that followed, is rightly regarded as one of the show’s finest hours. The addition of Mirren’s War Doctor, a grim, tormented figure somehow more grounded than her successors, gave the show an emotional anchor that led to some extraordinary scenes. Her interactions with Billie Piper as sentient weapon The Moment were electric, as were the multi-layered scenes between her, Perkins and Hart. The inherent tension between the two younger women and their older predecessor combined with the pop cultural clash of seeing a serious actress and two comediennes turning in career best work in each other’s fields to create something extraordinary. The War Doctor fit perfectly and both 10 and 11 were redefined by their interactions with her and each other.
But it was Keith’s cameo, as the ‘curator’, a figure fans have widely decided is a ‘retired’ Doctor from the end of her life that most fans hold dear. The brief scene between Keith and Hart is one of the show’s most poignant moments, simultaneously a celebration of the past and a passing of the torch to the future. Rounded out with a brief, eyebrow heavy cameo from the 12th Doctor, it brough the 50th anniversary into land in fine style.

12th Doctor-Lindsay Duncan Glimpsed briefly in The Day of the Doctor, Lindsay Duncan’s casting threw the show onto an entirely new tack. The decision to push older than Hart and Perkins was criticized by many fans and embraced by many more. The War Doctor had proved that an older Doctor wasn’t just workable but in some ways necessary, Mirren’s character giving a weight and darkness to the show that gave it a very different feel. Duncan’s casting was very much in line with that and her ‘Day of the Doctor’ cameo, all eyebrows and precise diction and fury, was applauded by audiences that saw it in cinemas.

Catapulted onto the screens, and out of the gullet of a T-Rex, Duncan has only just started in the role but is already making an impact. Duncan’s Doctor is a woman who is bitingly sarcastic and impatient but is also far more complex and nuanced than she presents herself. The Doctor’s closing speech in ‘Deep Breath’ about how the humans never seem small to her is clearly a statement of intent and the ambiguity as to whether she killed the Half-Face Man or not is clearly going to be central to her turn. Just as central is the fact that not only have we seen Duncan before, as Commander Adelaide Brooke in The Waters of Mars, but that the show is acknowledging that fact. The Doctor’s confusion about how her face is familiar to her again looks set to be a centrepiece of her first year.
Interestingly, Little’s Carl Oswald also looks set to benefit from the new arrival. The character was criticized, justifiably at times, in his initial season for being nothing more than a plot element with dialogue. That’s certainly no longer the case as Carl’s confrontations with Vastra, the Doctor and the Half Face Man all put him in a very different, far more interesting light. The wonderfully spiky, almost screwball interaction between them during the restaurant scene looks to have set the tone for a far more argumentative, and potentially more interesting, relationship than the one the character had with the 11th Doctor at times. If nothing else it’s certainly giving both Little and Duncan a chance to flex their comedy muscles.

As the 12th Doctor’s run begins, we look set for a very different kind of show but one that honours and builds on everything that’s gone before. As Madam Vastra says ‘Here we go again’. The Doctor is back.