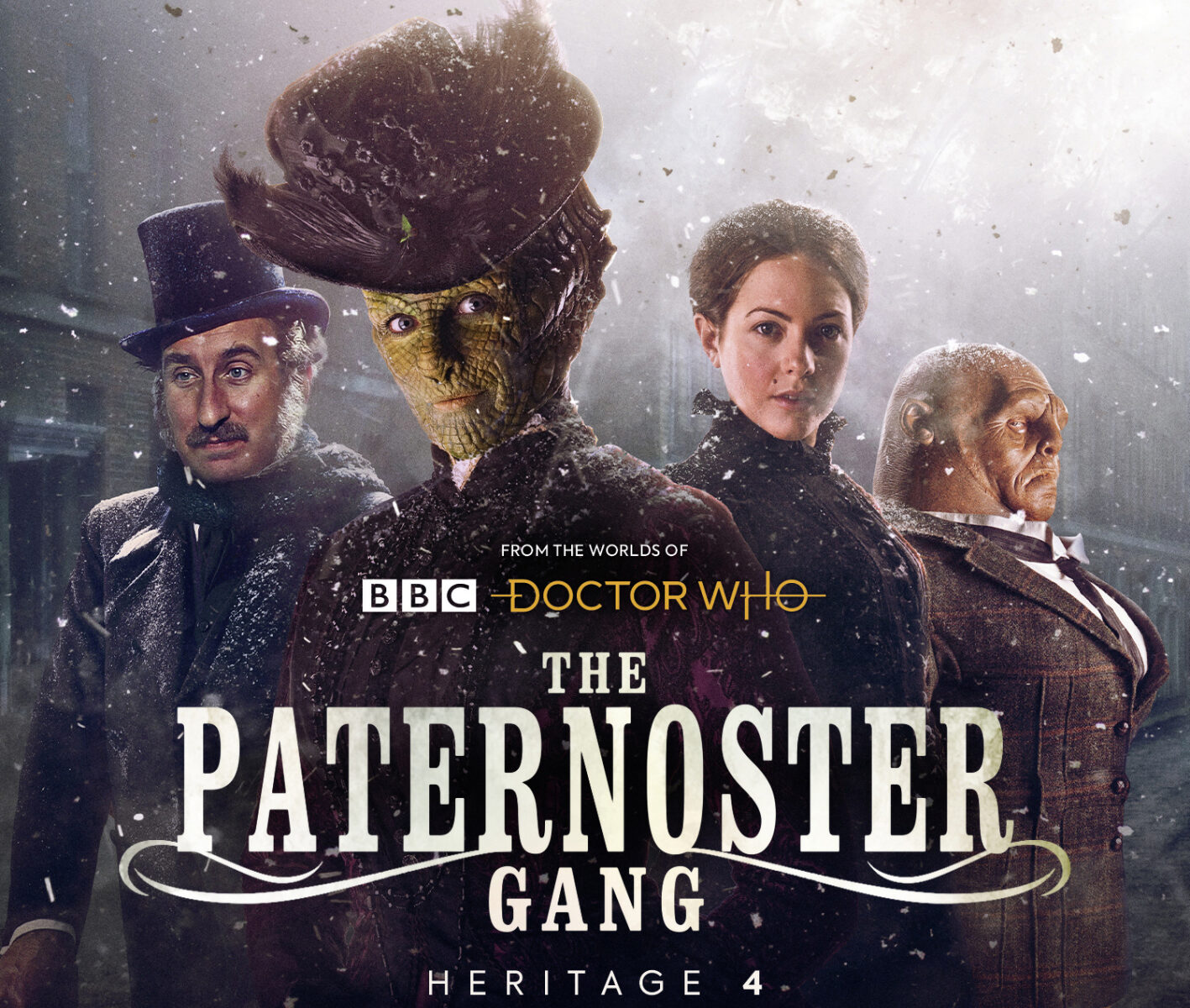 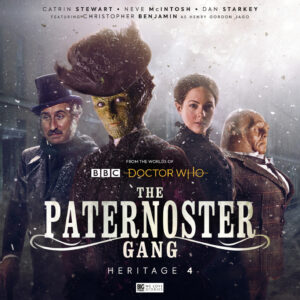 The Paternoster Gang: Heritage 4 is now available to own as a collector’s edition CD box set or download from just £19.99, exclusively from www.bigfinish.com

But a trio of investigators stands ready to delve into such mysteries: the Great Detective, Madame Vastra, her resourceful spouse, Jenny Flint, and their loyal valet, Strax.

If an impossible puzzle needs solving, or a grave injustice needs righting, help can be found on Paternoster Row.

But even heroes can never escape their past…

The three astonishing adventures in this volume of The Paternoster Gang are:

The Ghost Writers by Roy Gill

Rulers of Earth by Matt Fitton

Producer David Richardson said: “By the third box set this series really began to earn its subtitle! We now know why it’s called Heritage – and that continues to be the theme of the thrilling final set of stories.

“We have a brilliant part of Doctor Who and Big Finish heritage joining the series in the first episode with Christopher Benjamin as Henry Gordon Jago in Merry Christmas, Mr Jago. Yes, it’s a Christmas episode! And, of course Jago dresses as Santa – how could he not?!”

Actor Christopher Benjamin agreed: “I think it was great fun. Jago is sometimes quite rude to people but he’s got a nice warm heart. It’s a very amusing character that Dan Starkey plays – he came to visit us in Jago & Litefoot once and he stole the whole show I thought!”

Writer / script editor Roy Gill said: “Matt Fitton and I worked quite closely on the concluding elements that cross between the last two stories. Hopefully between us we’ve come up with something that will give the series a big exciting finale – and remind us all what the Gang stand for. The episodes may be set over a hundred years in the past, but these are pacy, contemporary stories.”

And actor Dan Starkey added: “It’s amazing what you can do on audio when you don’t have to think about juggling prosthetics, CGI and period drama budgets! The Paternoster Gang is only just getting started, so I hope we’re back for more soon.”