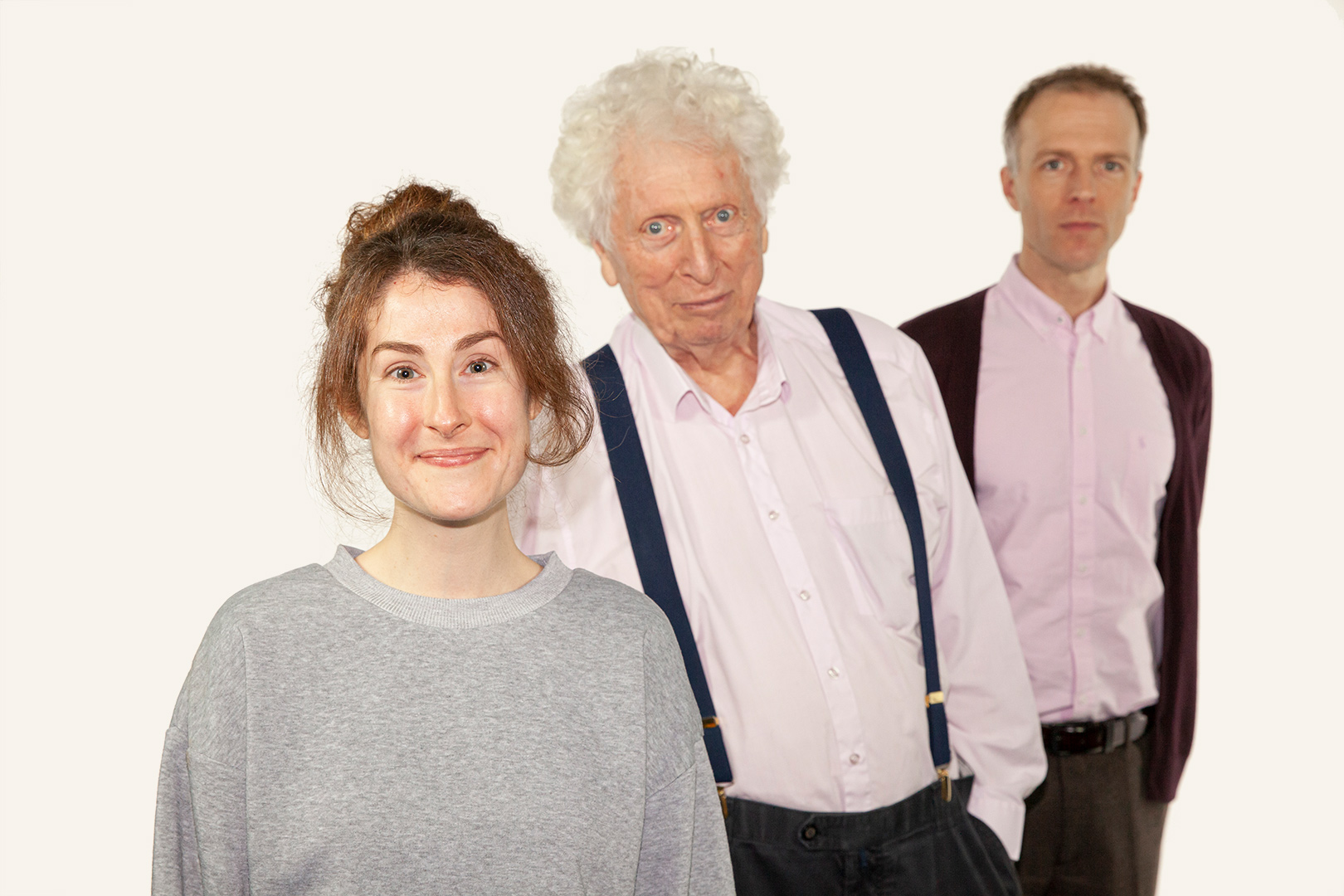 Sadie Miller and Christopher Naylor will be recreating the roles of Sarah Jane Smith and Harry Sullivan for a new lost Doctor Who story at Big Finish.

Elisabeth Sladen’s daughter Sadie Miller has been cast in Doctor Who: Return of the Cybermen as Sarah Jane Smith.

Due for release in January 2021 in Big Finish’s Lost Stories range, Doctor Who: Return of the Cybermen is an unmade 1974 script from the pen of Gerry Davis, realised in its original form for the very first time.

Tom Baker reprises his role as the Fourth Doctor, joined by his companions from the televised Doctor Who season 12, Sarah Jane Smith and Harry Sullivan, originally played on screen by Elisabeth Sladen and Ian Marter, now portrayed on audio by Sadie Miller and Christopher Naylor respectively.

Doctor Who: Return of the Cybermen is now available for pre-order as a collector’s edition 2-disc box set or download from just £12.99, exclusively at www.bigfinish.com.

Actor Sadie Miller said: “When Big Finish asked me to play Sarah Jane for this story, I was very nervous. I didn’t want to create a performance from someone else’s.

“So I tried to approach it as I would with any other role. I’ve tried to find my own piece of Sarah – the part of my mum that’s in me. But I have had a quick look on YouTube for Sarah Jane Smith screams, because I wasn’t quite sure how she would want me to do those. Other than that I just tried to keep it as separate in my mind as possible from the original.

“The fans of Doctor Who have always been so kind and generous to me and to my family. It was always a part of my life growing up, I was never not aware of it. People have always been very kind in letting us come along for the ride really, through conventions and now things like Big Finish and, after mum passed away, the outpouring of love for her has been lovely.”

Senior Producer, David Richardson added: “How do you recast Sarah Jane Smith? Would you even want to? Those were the questions that bothered us – we love the character. We loved Lis Sladen. We worried it might be too soon and too difficult to go there. But then we realised that part of Lis lives on in Sadie, and Sadie has beautifully brought that to the role of Sarah – we all approached this carefully, and respectfully, and with love and I couldn’t be happier with Sadie’s performance. She’s done her mum proud.

“Tom has actually worked many times before with Christopher Naylor, who’s played guest roles throughout different series of the Fourth Doctor Adventures. Chris is a very versatile actor, so we can cast him in so many things. But, we realised, he’s also the perfect Harry. Again, it’s very hard to follow Ian Marter, but Chris has managed to do that and Tom was full of praise for what both Sadie and Chris have done. I wonder where they could pop up next?”