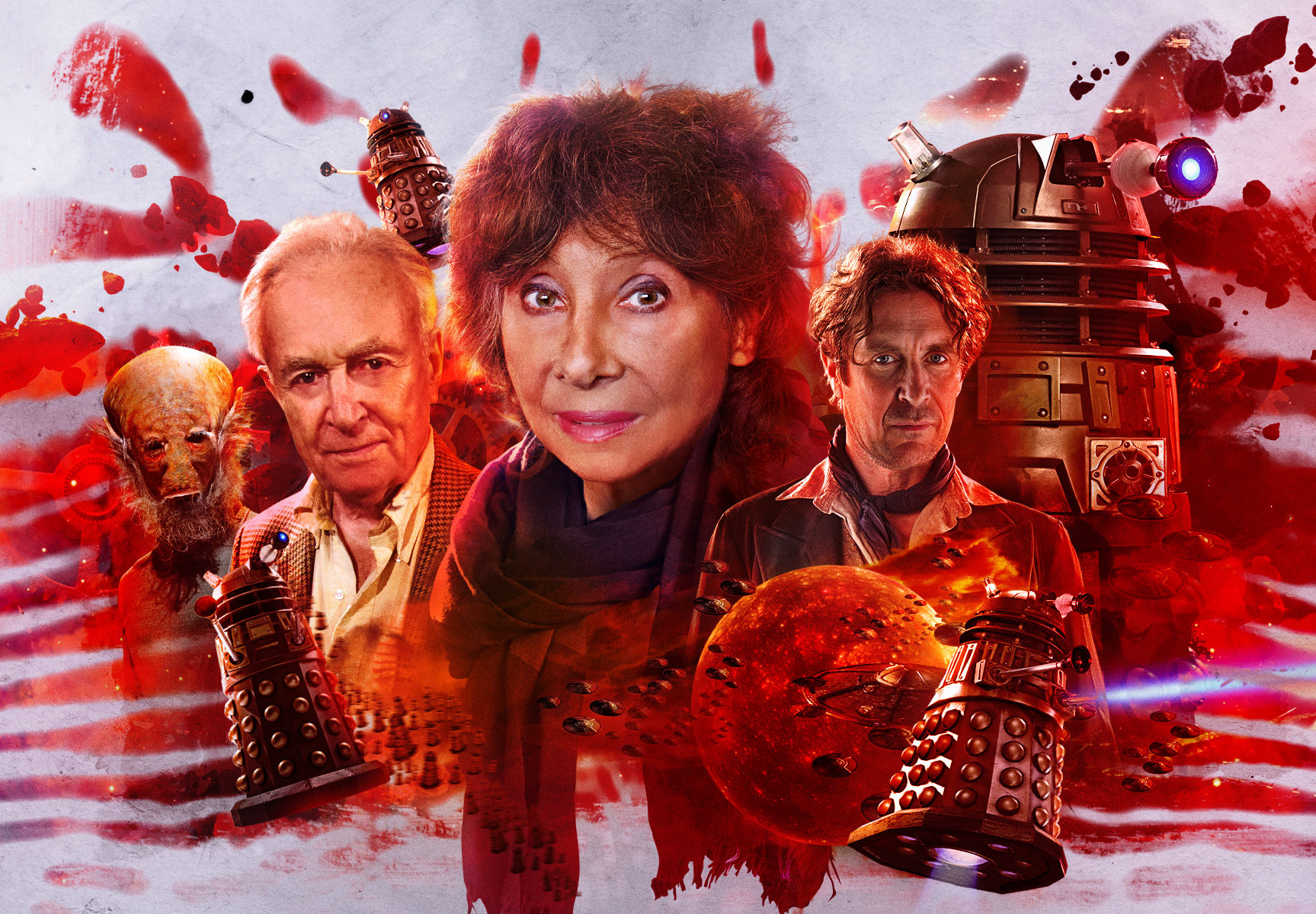 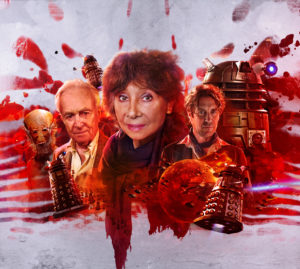 Carole Ann Ford recreates the role of the first Doctor Who companion, his granddaughter Susan, as she is called up to fight against the Daleks in the almighty Last Great Time War. It’s a blockbuster, full-cast, four-disc box set audio extravaganza! And it’s out today.

Gallifrey needs every Time Lord to fight the Time War. A summons has been issued across the universe to its prodigals. Whatever their skills, the war effort can use them.

Susan’s call-up papers have arrived, and, unlike her grandfather, she is willing to join her people’s battle and finally return home.

Because Susan knows the Daleks, and she will do her duty…

Listen to this teaser / prequel to the box set:

The four stories in this box set are as follows:

Sphere of Influence by Eddie Robson

Susan’s first mission is one of diplomacy. The Sense-Sphere could prove a valuable ally to Gallifrey.

But she is not the only one who knows the Sensorites of old. Susan will have the support of an old friend.

The Uncertain Shore by Simon Guerrier

Susan and Commander Veklin are on the trail of a spy. Under cover on a ravaged world, they find a weary population, trapped, and waiting for the inevitable. But one among them is a traitor.

The Time War is coming to Florana, and Susan will face a struggle to simply survive…

Assets of War by Lou Morgan

On a secret military base, creatures from the vortex are being bred for war. Gallifrey’s scientists think they can be used as assets against the Daleks.

But the Orrovix are not easily tamed…

The Shoreditch Intervention by Alan Barnes

When Susan’s TARDIS is intercepted, she is given a highly classified mission.

Earth, 1963 is a nexus point in the Time War, but the timelines must be negotiated carefully. Mods and rockers are not the only dangers on the streets of Shoreditch.

In Susan’s past, the Daleks are waiting. But so is the Doctor!

Actor Carole Ann Ford said: “Although she doesn’t sometimes give the impression that she is, Susan is actually quite brave. She’s been attacked by all sorts of weird and wonderful things, and she’s quite happy to go launching herself off into time and space.

“I had to keep reminding myself that I wasn’t playing a younger Susan. Otherwise she just comes leaping back. It’s difficult to eradicate. It’s difficult too for the writers as they have no experience of the older Susan being portrayed anywhere.”

Script editor Matt Fitton added: “I had an image of Susan from the special TV episode, The Five Doctors, in that trenchcoat which makes me think of her as a spy! So here we have her on diplomatic and espionage missions rather than military operations, to show another aspect of how special ops are going on behind-the-scenes in the Time War.”

Doctor Who: Susan’s War is now available to own as a four-disc collector’s edition box set at just £24.99 or as a digital download for just £19.99