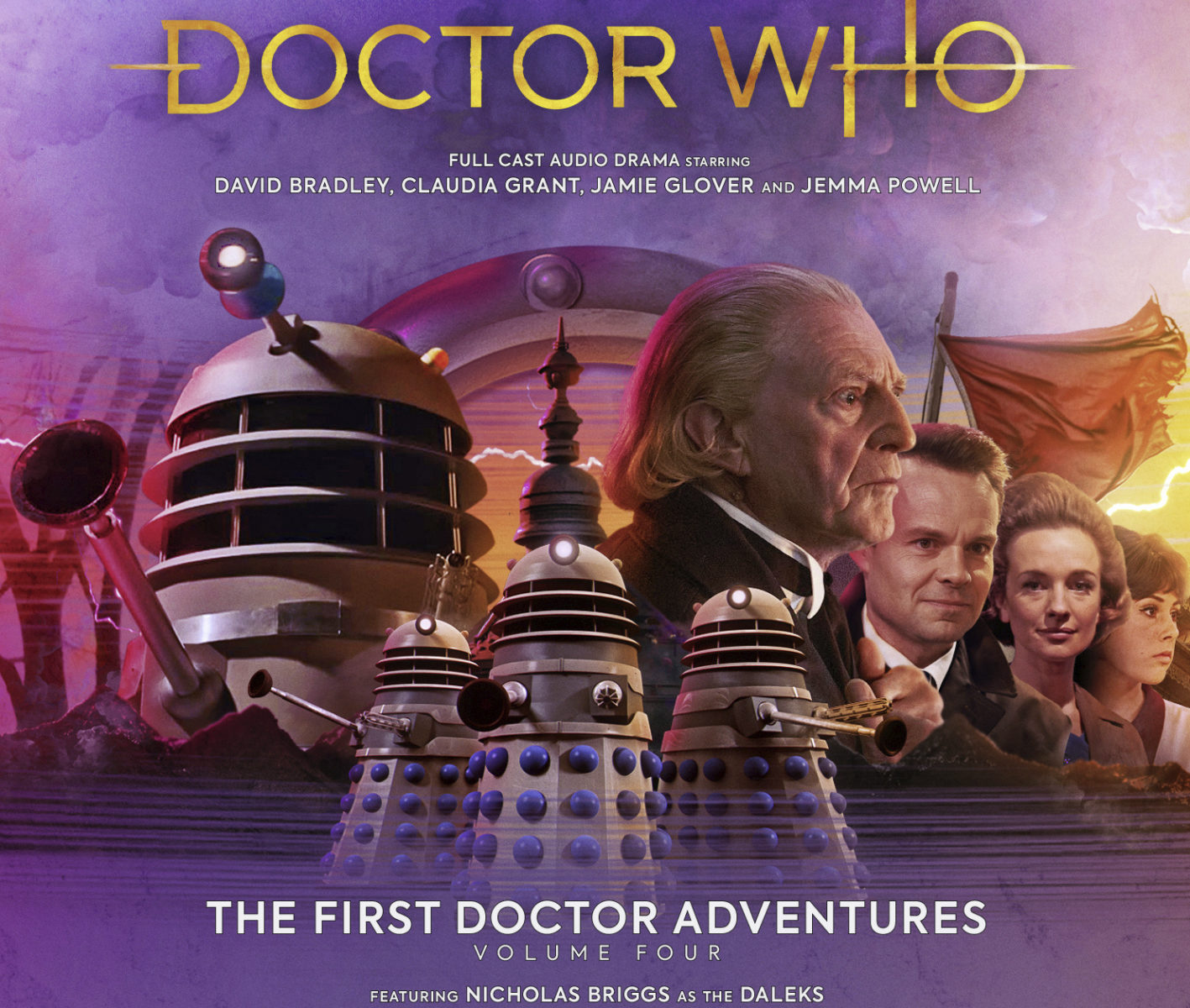 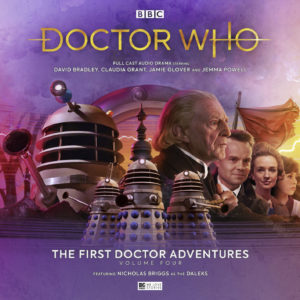 Doctor Who will see David Bradley star as the First Doctor again, alongside Jemma Powell, Jamie Glover and Claudia Grant as a slightly different, TARDIS team. This will be the fourth volume of the audio drama series, The First Doctor Adventures from Big Finish and is due for release in March 2020. This time we are getting back to grips with the Daleks on their own turf, Skaro.

Return to Skaro by Andrew Smith

A new plan to return to Earth actually returns the TARDIS to another place its crew have recently visited – Skaro, home world of the Daleks. But it is some time after their previous visit. The Thals have moved on with developing their species… Yet the shadow of the Dalek city always looms large over them. Venturing into the abandoned metropolis, the Doctor and his friends discover the Daleks aren’t as dead as they might have thought… and it isn’t only their enemies who have secrets.

Last of the Romanovs by Jonathan Barnes

The TARDIS lands on Earth near to an eerie and familiar house… with the only witness a regal man watching from inside through a broken window. Leaving the ship the crew immediately find themselves in trouble – because they have landed in Ekaterinburg early in the twentieth century. The man inside the house is Nicholas, the last Tsar of Russia, imprisoned with his family… and one of the most notorious crimes in history is just about to happen.

This release features a recreation of the first ever cast of Doctor Who, as seen on BBC TV in 2013’s celebratory An Adventure in Space and Time, with David Bradley.

David Bradley is clearly chuffed at getting to grips with the Daleks: “To record audio scenes with Daleks you have to have met them in real life – which I did in An Adventure in Space and Time and in Twice Upon a Time. The first time I encountered one on set it brought back that prickle on the back of the neck as I remembered them from when I was a child. The fact that they couldn’t go upstairs didn’t matter, they were still terrifying! To meet the man inside was funny and touching – it took me back to being young and terrified!”