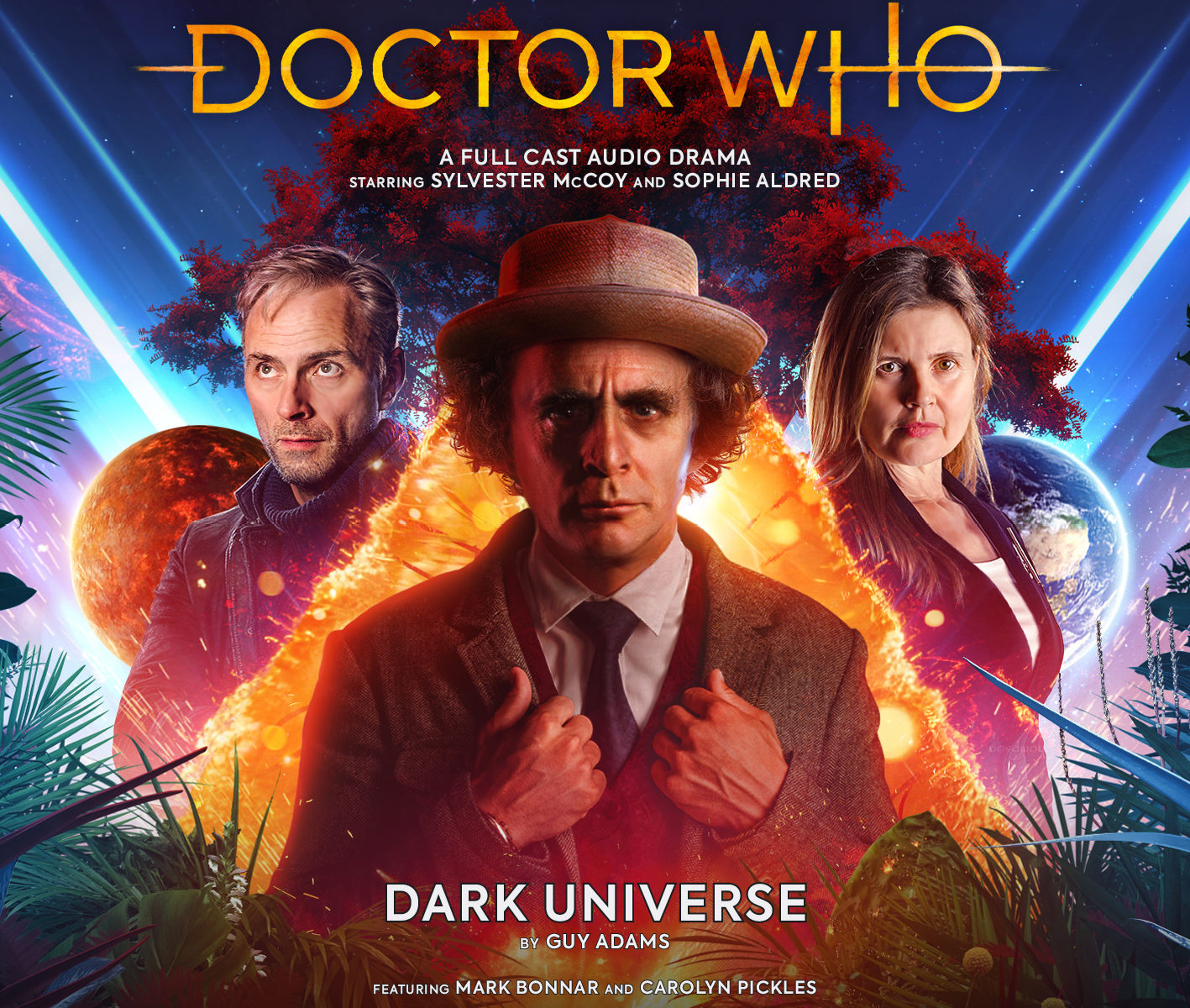 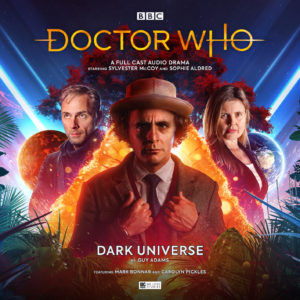 One for the old school Doctor Who fans, the latest Big Finish Seventh Doctor story, Dark Universe, starring Sylvester McCoy, Sophie Aldred (as Ace) and Mark Bonnar (as rogue Time Lord, the Eleven), is released today!
The story pick up the threads of the relationship between the Doctor and an older Ace, in her now grown-up role as CEO of A Charitable Earth, it also features intriguing timey-wimey crossovers with a number of other Big Finish spin-off series.

The Eleven has a plan. A grand plan. An appalling plan. A plan that endangers all life in the cosmos.

With Ace working against him, the Doctor must rely on scheming Time Lord Cardinal Ollistra for help. The stage is set for an epic confrontation.

Because the Doctor has a plan to stop the Eleven. A grand plan. An appalling plan. A plan that endangers all life in the cosmos.

Whichever one of them wins, the Dark Universe won’t want to lose…

Mark Bonnar returns as the Eleven, a Time Lord psychopath in his eleventh incarnation who retains the personalities of all his previous incarnations, in his first chronological meeting with the Seventh Doctor.