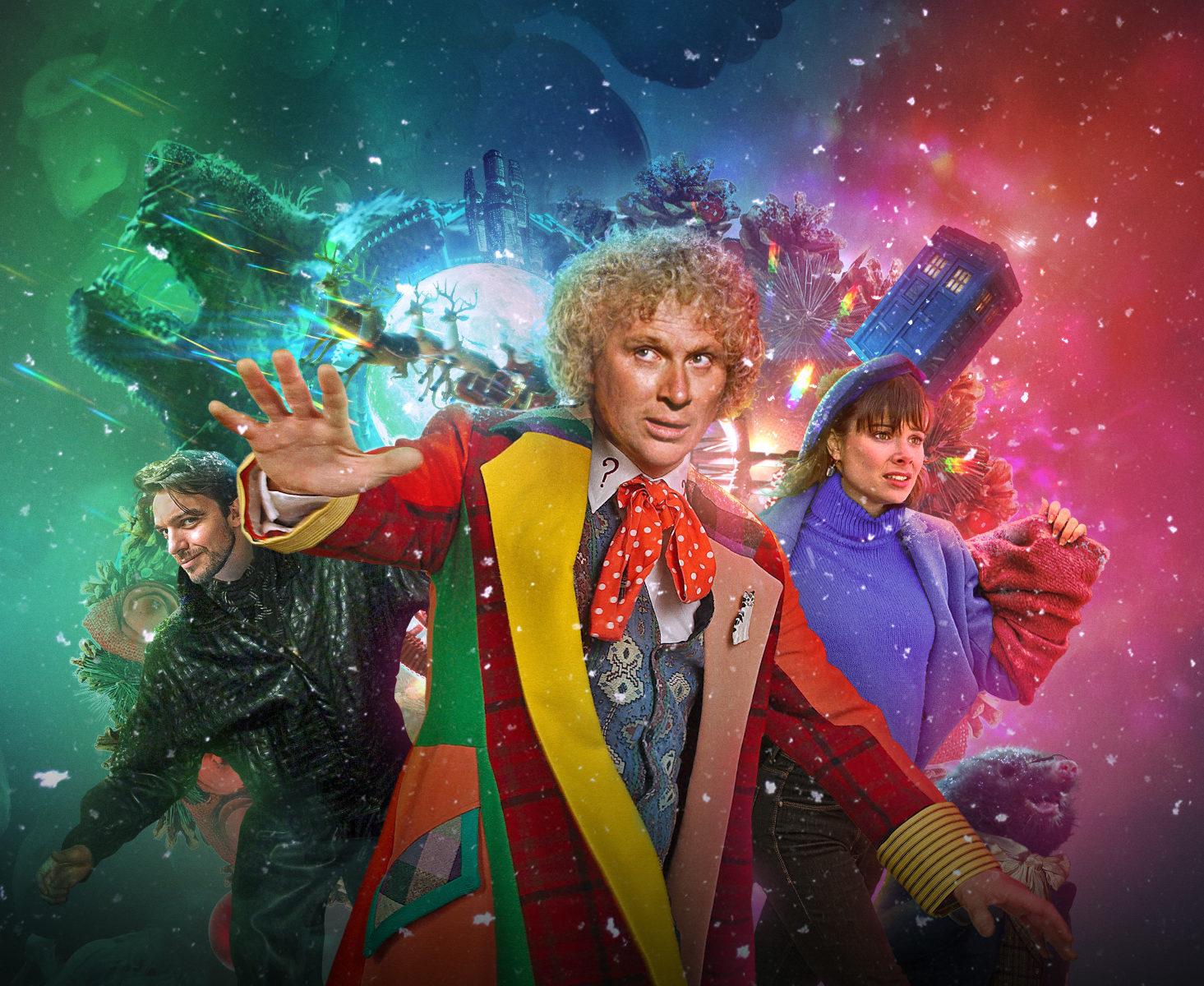 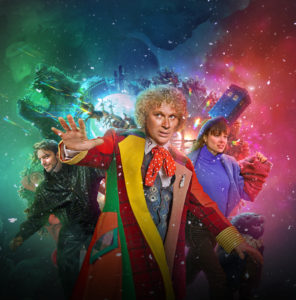 Doctor Who gets in the Christmas mood with “Blood on Santa’s Claw“.

As there is no Christmas Day special (again) for Doctor Who this year, the good folk at Big Finish are helping to fill the void again.

The Sixth Doctor, Peri and Joe meet characters from fiction and folklore in a Yuletide audio selection box – the Doctor Who special, Blood on Santa’s Claw and Other Stories, released today.

In addition to the title story, this anthology features three more starring Colin Baker (as the Doctor), Nicola Bryant (as Peri), and introducing Luke Allen-Gale (as new companion Joe).

Colin Baker, playing the Sixth Doctor, welcomed this festive treat: “I think it’s such a nice tradition now. Doctor Who is so much a part of all our culture that it’s now part of Christmas too. I don’t know whether the other Doctors are doing Christmassy stories, but let’s hope it’s just me!”

Nev Fountain, writer of the anthology’s closing story, Brightly Shone The Moon That Night, added: “I think the Sixth Doctor is made for anything, but especially Christmas! He has that larger-than-life demeanour and whimsical costume that merge to make him almost a figure of children’s myth and legend – a combination of Santa, the Pied Piper and the Ghost of Christmas Present.

“Of all the Doctors, I can imagine the Sixth helping out Santa and dropping presents down the chimneys. I think it was wonderfully captured in the Doctor Who Magazine comic strips where he rubbed up against Alice in Wonderland and Rupert Bear!”

The four stories in this compendium of Christmas crackers are as follows:

The Doctor and Peri land on the planet Naxios, where they discover the body of Father Christmas. Who killed him? The strange individuals dressed in Shakespearian costume or the talking animals wearing waistcoats digging in the tunnels?

The Baby Awakes by Susan Dennom

The Doctor and Peri visit the Ishtar institute, where the term ‘Designer Babies’ takes on a new and sinister meaning. Will our heroes survive Christmas day?

I Wish It Could Be Christmas Every Day by Andrew Lias

A Christmas party that’s been going on for three years. Strange silver robots who guard the Christmas decorations with lethal force. What is the secret behind the festivities on Tate Galactic?

Brightly Shone The Moon That Night by Nev Fountain

The TARDIS crew encounters a shameful secret of the Time Lords. History has been rewritten, and this time it’s all the Doctor’s fault.

The box set is now available as a collector’s edition CD or on download from £12.99 at www.bigfinish.com – just in time for Christmas.