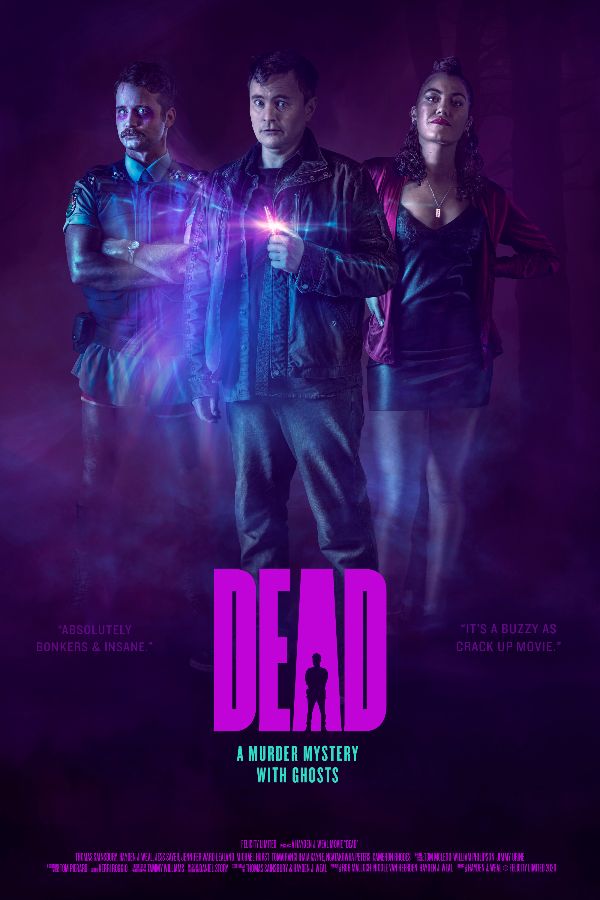 Ok. The title is direct and to the point, though the plot isn’t. 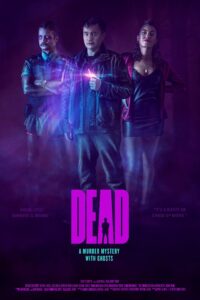 In a nutshell it is a dead cop trying to solve his murder with the help of a medium. But it is not quite that simple.

Obviously everyone has a second agenda, and everything is not quite as simple as it seems.

Marbles, is the reluctant hero of the piece, a stoner medium who can see ghosts (with the help of a very purple concoction). Tagg, a recently dead wannabe super-cop, needs wants to find his killer. The killer is a serial killer who is killing people seemingly at random, but what is driving them?

This is a nice basic set up for a film. Yes there is a love interest also in the form of Tagg’s sister Petra, who has her own issues.

The first 10 minutes of the film actually nearly put me off watching it. As it seemed a little disjointed following Marbles round with several clients helping spirits of the recently deceased move on. I can fully see what they were trying to do in establishing the world of ghosts and their ‘rules’ for this film (giving huge clues of what is going to happen). The clunky opening aside there is some genuine intrigue and some laughs. There are also some bad leaps of logic that Fox Mulder would be proud of.

Being a horror comedy film originating from New Zealand, there is a push by the PR for it to be a bit Braindead/Bad Taste or a Horror Buddy Movie like Shaun of the Dead. This is a bad idea as it does raise expectations.  Mostly this film should be seen as its own thing. Good ideas, a bit ham fisted at times but not too bad an execution.

On the whole a good attempt and though missed the mark at times definitely worth a view.