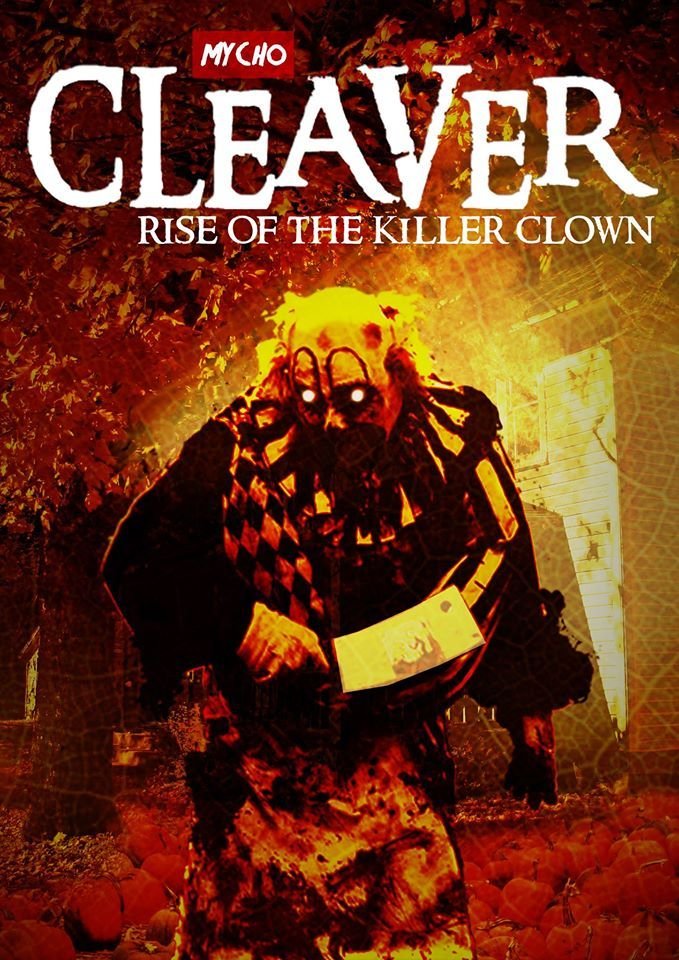 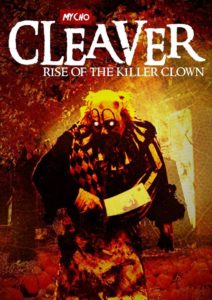 When Carlton Layton arrives home to find his wife in the arms of another man, he dons the outfit he wears as a children’s entertainer and slaughters them both, fleeing into the night. Five years later, Carley Lewis is asked to babysit on Halloween night whilst the child’s parents go out to a party. But someone wants the child. Someone we know only as ‘the Cleaver’.

I watched this film “Cleaver : Rise of the Killer Clown” last night. I was in two minds about it from the  start. It was a NO budget slasher / horror movie.  Now sometimes No Budget films can work, thinking of Peter Jackson’s Bad Taste or Adam Mason’s Broken are two examples that spring to mind.

This film was a bit of an oddity, but worked on a weird level. The plot was basic (and in fact is completely covered in the blurb above). Short at 1 hour 11 minutes it would have been a mistake to drag it out for another 20 minutes or so to get to a more standard feature length movie.

I say Oddity as it was made in the UK, but set in the USA. Why this approach had been taken I am unsure. Why not embrace the UK location? In fact the films locations was almost exclusively the inside of a terrace house, and the street outside it. Most bizarrely the film made use of forced perspective with low quality toy cars standing in for the real thing. The dialogue was unrefined, and delivery was clunky in places.

The most important thing here is that the team who made this film had a go.

They clearly had no money or real equipment to make this film BUT they actually achieved something. Many times have I thought to get a film put together, but never gotten past jotting down the I initial concept.

The fact they actually did something was the positive here. Even if criticism is negative for a project like this they don’t want to let it get them down and use as a platform to expand and develop your skill/craft.

You can watch Cleaver: Rise of the Killer Clown on Amazon Prime Video.