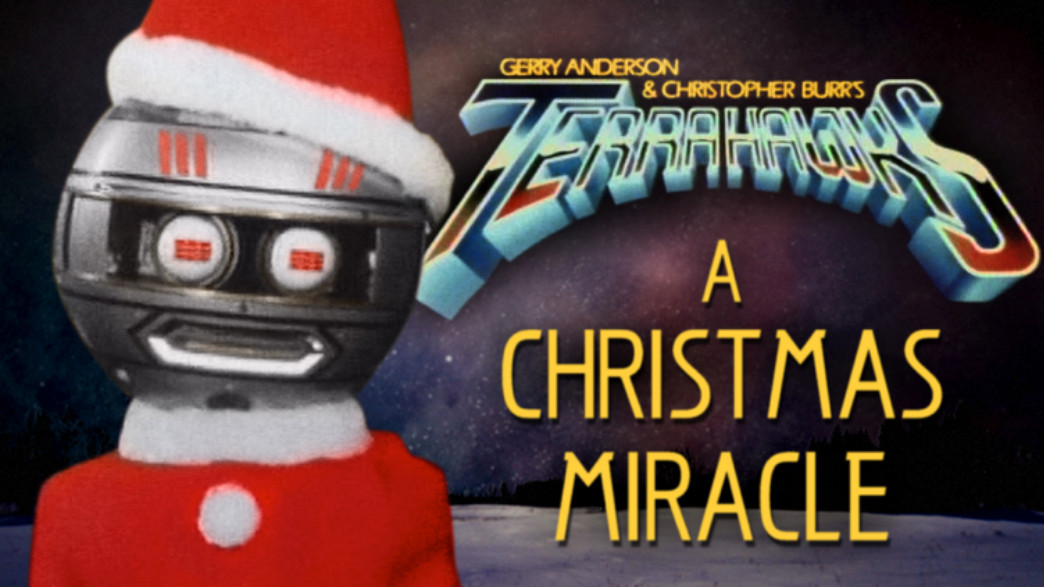 Anderson Entertainment are giving Terrahawks fans an early Christmas present with the free release of the Terrahawks Christmas episode – A Christmas Miracle – online via YouTube for 30 days from 10 December 2014.

The episode has been digitally cleaned and re-mastered and features two new specially created parody advertisements.

The New Year will see further Terrahawks treats in store with the launch of ‘Zeroids vs Cubes’, a spin-off animated web series developed by Anderson Entertainment and IDO Design and Animation featuring the robots from the original series. The series is also trailed in the ad breaks of the free episode.

The new Terrahawks audio series can be pre-ordered from http://bit.ly/TerrahawksAudio.

The free Terrhawks episode, ‘A Christmas Miracle’, can be viewed at https://www.youtube.com/watch?v=CSlbOIkT-24, but only until 10 January 2015!