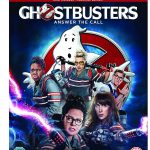 There are 2 camps with this ‘reboot’ of the classic 1980s movies, those that hate it and those that love it. BUT it is more a case of people holding this against the memory of the original films. Both can live side by side without ruining the other.

Ghostbusters makes its long-awaited return with Director Paul Feig’s unique and hilarious take on the classic, supernatural comedy, led by the freshest minds in comedy today, Melissa McCarthy, Kristen Wiig, Kate McKinnon, Leslie Jones, and Chris Hemsworth. Together they team-up to save Manhattan from a sudden invasion of spirits, spooks and slime that engulfs the city. Robert Abele of TheWrap says, this new A-team of ghostbusters are fresh and funny. 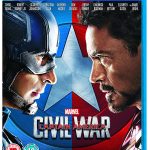 Possibly the biggest movie of the year, with Iron Man, Ant Man, Spider-Man etc it was essentially Avengers 2.5.

Marvel’s “Captain America: Civil War” finds Steve Rogers leading the newly formed team of Avengers in their continued efforts to safeguard humanity. But after another incident involving the Avengers results in collateral damage, political pressure mounts to install a system of accountability, headed by a governing body to oversee and direct the team. The new status quo fractures the Avengers, resulting in two camps—one led by Steve Rogers and his desire for the Avengers to remain free to defend humanity without government interference, and the other following Tony Stark’s surprising decision to support government oversight and accountability. 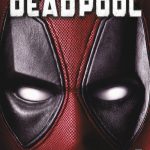 I have to tell you about Deadpool? Seriously where have you been? Ok, Here goes then:

Based upon Marvel Comics’ most unconventional anti-hero, Deadpool tells the origin story of former Special Forces operative turned mercenary Wade Wilson, who, after being subjected to a rogue experiment that leaves him with accelerated healing powers, adopts the alter ego Deadpool. Armed with his new abilities and a dark, twisted sense of humor, Deadpool hunts down the man who nearly destroyed his life. 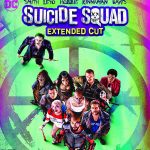 Again mixed reviews, but those that live it, Love it.
It feels good to be bad… Assemble a team of the world’s most dangerous, incarcerated Super Villains, provide them with the most powerful arsenal at the government’s disposal, and send them off on a mission to defeat an enigmatic, insuperable entity. U.S. intelligence officer Amanda Waller has determined only a secretly convened group of disparate, despicable individuals with next to nothing to lose will do. However, once they realize they weren’t picked to succeed but chosen for their patent culpability when they inevitably fail, will the Suicide Squad resolve to die trying, or decide it’s every man for himself? 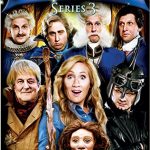 Stephen fry joins the cast in this Monty Python, Labyrinth, Horrible Histories fusion program.
In series three, the evil Imperatrix is no more killed when she terminated the robotic weapon which shared her life force. With her gone, Negatus now answers to no-one and can seize control of Yonderland for himself. But how will his fellow Overlords respond to the departure of Her Eminence?
Buy From Amazon