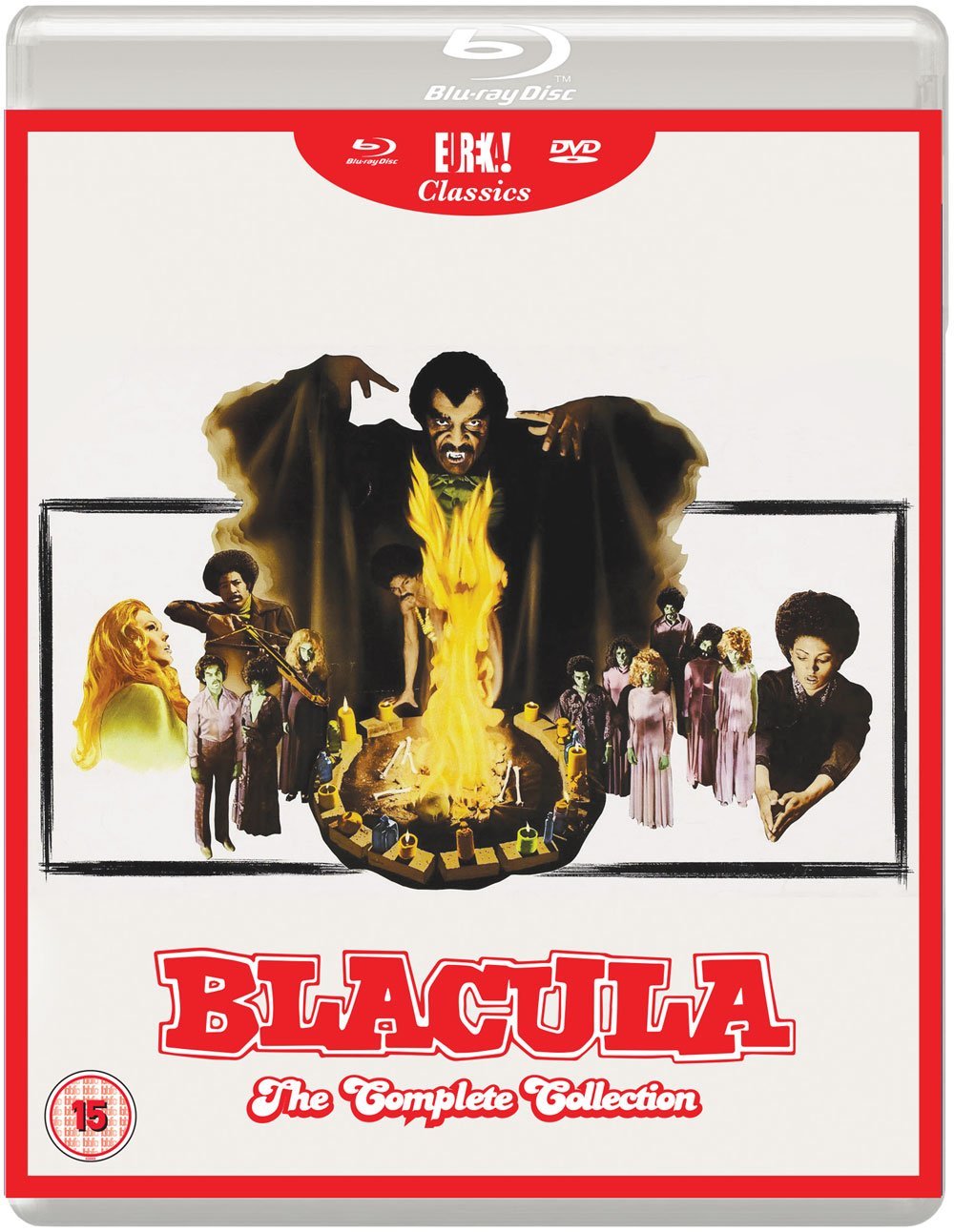 Urban action and fatal attraction give rise to a groove from beyond the grave in this funkadelic, fangadelic Soul Cinema sensation! The eternally cool William Marshall puts a fresh spin on the age-old legend of the vampire, condemned to wander the earth with an insatiable lust for blood. Features a soundtrack from the influential conductor, composer and record producer, Gene Page, which is now considered a cult classic and collector’s item to record enthusiasts. Eureka Entertainment are set to release BLACULA – THE COMPLETE COLLECTION on Blu-ray, a world première for both films in HD, as part of a Dual Format (Blu-ray & DVD) edition on 27 October 2014.

Available to pre-order from Amazon

In 1780, African Prince Mamuwalde (Marshall) pays a visit to Count Dracula in Transylvania, seeking his support in ending the slave trade. Instead, the evil count curses his noble guest and transforms him into a vampire! Released from his coffin nearly two centuries later by a pair of luckless decorators, Mamuwalde emerges as “Blacula,” one cool, dressed to kill, dude strollin’ the streets of L.A. on a nightly quest for human blood and fine women!

In Scream, Blacula, Scream Blacula lives, and only the legendary Pam Grier (Jackie Brown) has the power to deep-six his reign of terror. William Marshall returns as the noble African prince turned bloodthirsty fiend in this hair-raising sequel to the terrifying hit Blacula! This time, it’s voodoo power versus vampire fury when Willis (Richard Lawson), the son of the late high priestess, seeks revenge on the cultists who have chosen his foster sister Lisa (Grier) as their new leader. Hoping to curse Lisa, Willis unwittingly resurrects Blacula’s earthly remains and lets loose the Prince of Darkness and his freaked-out army of the undead!

• GORGEOUS New high-definition presentation with progressive encodes on the DVDs
• New and exclusive introduction to the films by critic and author Kim Newman
• Trailers for both films
• Optional English SDH
• A 32-page booklet with new writing by Josiah Howard, reprints of original Blacula ephemera and rare archival imagery