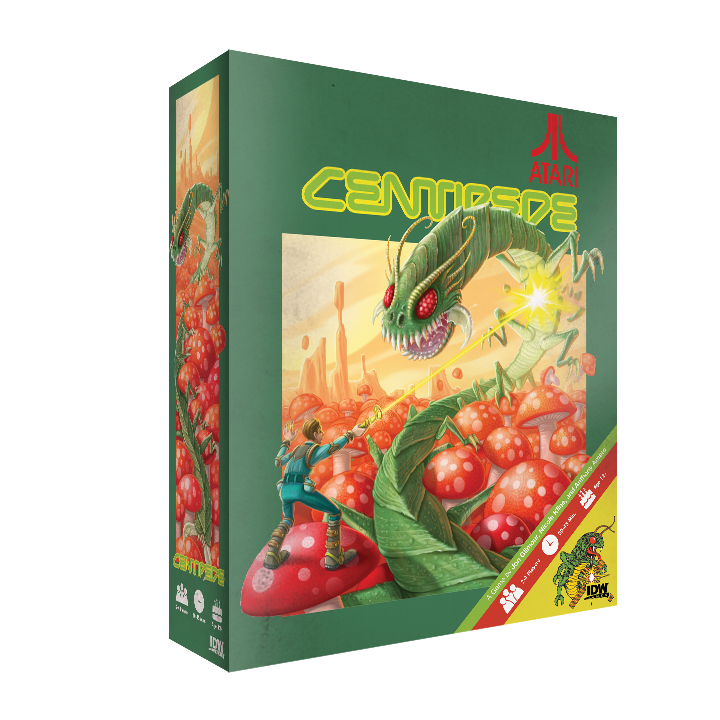 Atari®, one of the world’s most recognized publishers and producers of interactive entertainment, and IDW Games, announced today that they have entered into a partnership to produce a line of tabletop games based on several classic Atari videogame titles. Centipede®, Asteroids®, and Missile Command® are all headed to the tabletop by way of Jon Gilmour, co-designer of Dead of Winter, and his hand-picked crew of up-and-coming co-developers.

Set to capture the feel of these classic titles, the Atari line of board games are fun, intense and fast-paced. While each game in the series will play differently from the others, they will all have you nostalgic for the days of being hunched over a CRT in a dark arcade with your eyes on the prize: top of the high-score chart.

“Atari is one of the hallmarks of our generation,” says Jerry Bennington, VP of New Product Development. “We’re honored with the opportunity to be able to bring the Atari classic archive to the tabletop.”

“IDW Games has a fantastic history of bringing licensed products to market, and we’re thrilled to work out a partnership and see our classic games on the tabletop,” says Fred Chesnais, Chief Executive Officer, Atari.

The Atari series of games will launch with Centipede in the Fall of 2017 with future titles releasing intermittently shortly after.