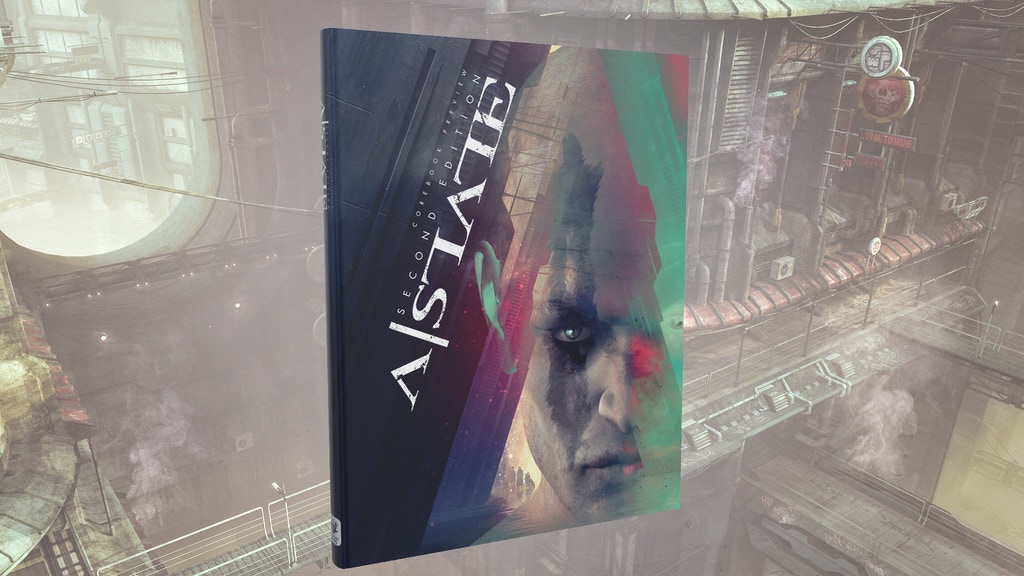 Welcome to The City. There is no escape.

Step inside a world both beautiful and baroque, a sprawling urban nightmare, the world of a|state.

From Handiwork Games, the creators that brought you the epic smash-hit, BEOWULF: Age of Heroes, a|state is a new RPG Kickstarter, fusing the wine-dark visuals of Dark City with the socially-aware dystopia of Metropolis. Based on the Forged in the Dark system, it’s backstreets and corners, footpads and fatalities; it’s Dickensian, anti-Thatcher, sparks-and-knives SF.

In a|state, you’ll not only fight off threats to your canalside home, you’ll strive to make the grim and haunted City safer and better. You’ll team up to defend your corner from selfish authorities, angry gangs and heartless industries.

a|state is your story – it’s the story of how you fight back.

The a|state second edition will be a full-colour, hardcover book of at least 176 pages. The .pdf version will be fully bookmarked and hyperlinked. Ideally, Handiwork Games will include additional art and further setting information through stretchgoals, plus an appendix of media inspiration and analysis by original a|state co-creator Malcolm Craig.

A 132 page .pdf preview edition will be ready as soon as you pledge.

To discover more about The City, try the free Primer, Nicely, Done. Lavishly illustrated, it offers an introduction to the setting, characters, and a complete scenario. Download FREE from DriveThruRPG: