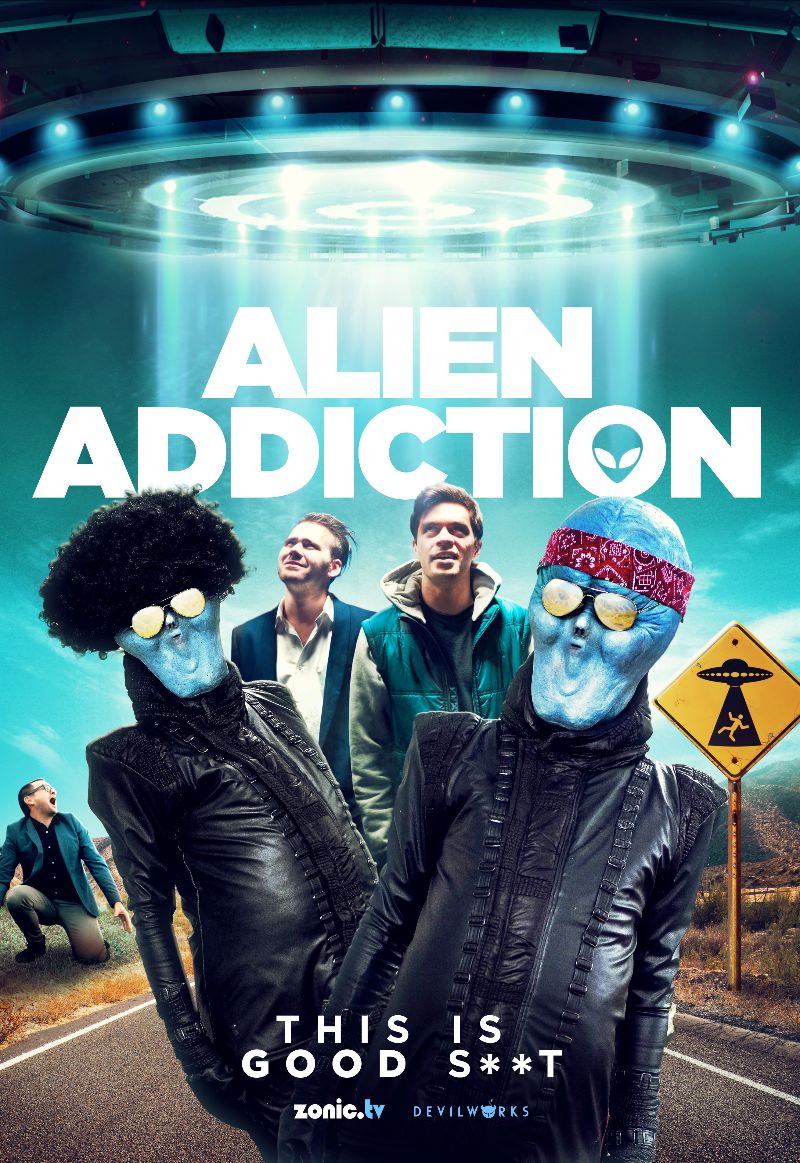 Alien Addiction follows Riko (Jimi Jackson) who lives in a small town in the middle of nowhere (Waikato, New Zealand). Life was pretty normal until two aliens crash landed near Riko’s house. He welcomes the aliens and together they develop an intergalactic relationship of epic proportions. Alientologist Peter Mackintosh (Thomas Sainsbury) has tracked the aliens and Riko, and plans to capture them and reveal them to the world.