It’s back to the 1960s as Batman and Robin spring into action when Gotham City is threatened by a quartet of Batman’s most fiendish foes – Penguin, The Joker, Riddler and Catwoman. The four Super-Villains have combined their wicked talents to hatch a plot so nefarious that the Dynamic Duo will need to go to outer space (and back) to foil their arch enemies and restore order in Gotham City. It’s a truly fantastic adventure that will pit good against evil, good against good, evil against evil … and feature two words that exponentially raise the stakes for both sides: Replicator Ray. Holy Multiplication Tables!

Adam West steps behind the microphone to bring Batman to fully animated fruition. Burt Ward joins the fun as Batman’s sidekick, Robin, giving The Boy Wonder his voice in animated form. And Julie Newmar, star of stage (Tony Award winner for The Marriage-Go-Round) and screen (Seven Brides for Seven Brothers), dons her feline ears to bring Catwoman to life. 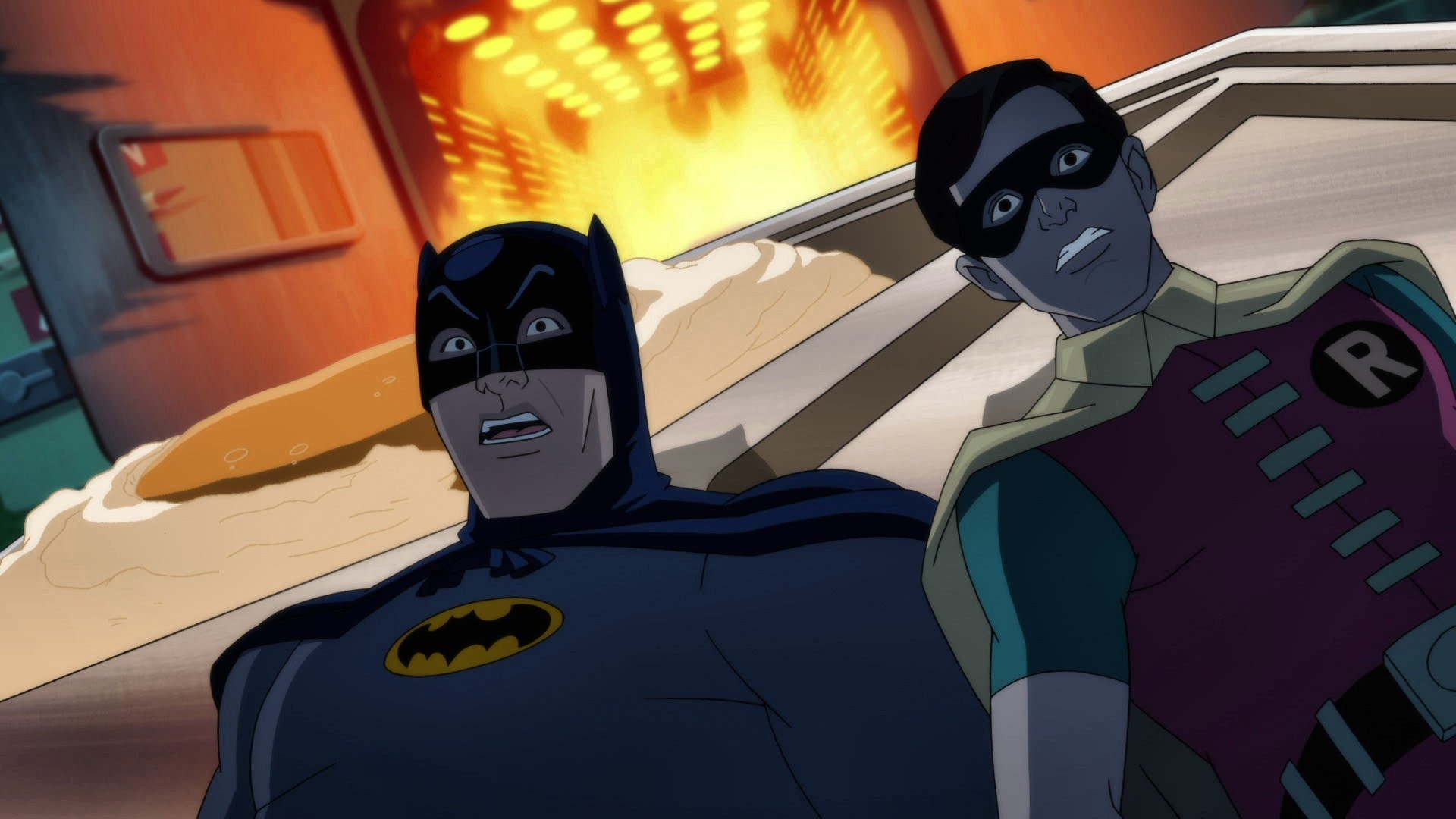