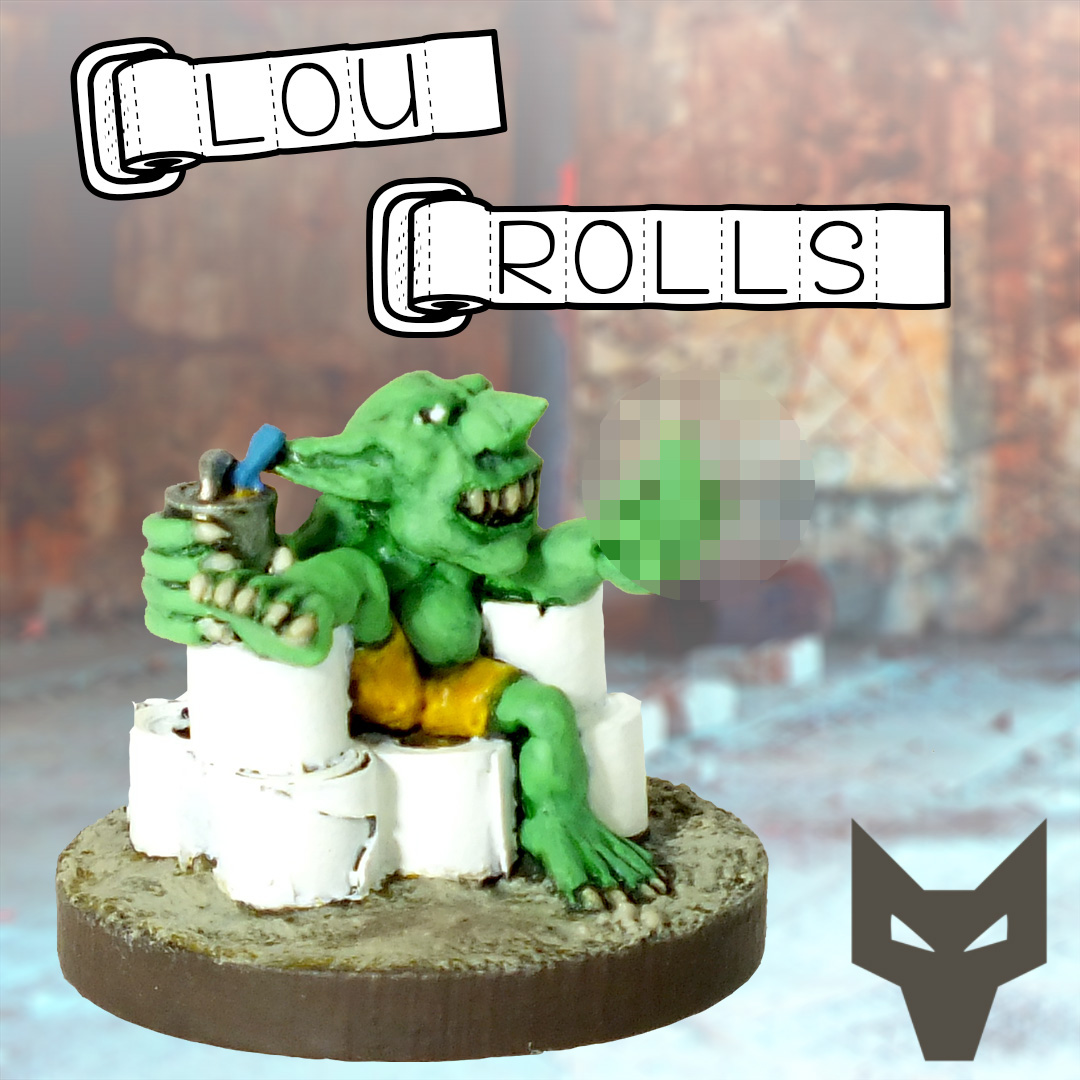 So in what can seem dark times we do see a load of memes being generated about the panic buying and state of the world.

Something that caught my eye amongst the noise on FaceBook was this little gem of a wargame miniature, produced by Fox Box  who sell conversion pieces mainly for Warhammer 40K Orks, though the do sculpt a range of their own customisation parts and miniatures.

From Fox Box’s Site:
“They don’t call it “white gold” but maybe they should? Mostly it’s toilet roll, toilet paper, bog roll, loo roll, or something more inventive. Whatever you call the stuff, this lad has nicked the lot!”
If you are interested in owning this little guy, check out here.